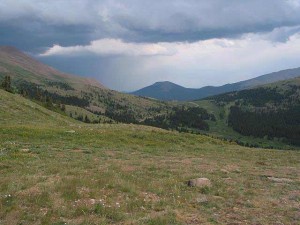 Peace of mind and relaxation may not be the only benefits we derive from meditation.
According to a study conducted by Massachusetts General Hospital (MGH), participating in an 8-week mindfulness meditation program may cause measurable changes in the brain regions associated with memory, mood, empathy and stress. Mindfulness is a form of meditation which focuses on a non-judgmental awareness of feelings, sensations and state of mind. Researchers are proving its benefits extend far past the time you spend sitting on the mat!

While meditation is usually associated with cultivating inner peace and easing stress, “practitioners have long claimed that meditation also provides cognitive and psychological benefits that persist throughout the day,” says Sara Lazar, PhD, of the MGH Psychiatric Neuroimaging Research Program, the study’s senior author. Researchers are discovering that permanent changes to the brain’s structure may underlie “reported improvements and people are not just feeling better because they are spending time relaxing.”

In the current study, 16 study participants who had never meditated before were enrolled in an 8-week mindfulness meditation program. MRI images were taken of their brains two weeks before and two weeks after the program. In addition to meditating in a group, participants listened to audio recordings for practice and were asked to practice on their own. Compared to a non-meditating control group, at the end of the program there was increased density in the gray-matter of the hippocampus, the area of the brain involved in learning and memory. There was also a change in the structures associated with self-awareness, compassion and introspection. A decrease in the density of the amygdala, which plays a role is anxiety and stress, seems to prove a decrease in stress levels reported by study participants. This suggests that the benefits of mindfulness meditation are ongoing and perhaps even permanent.